The economic expansion that resulted from the Industrial Revolution was significant in reshaping the world economy. In the first part of the 18th century, the concept of industry became more frequently acknowledged. Industrial development, on the other hand, dates back to the founding of the shipbuilding sector. The term “modern industries” was coined in the eighteenth century to describe a slew of newly commercialized sectors.

That time modern industry was not at all like what we have today. The nature of the industry was also re-defined at the time in order to promote competition and profitability.

What is Economic Development

Economic development is the process through which the federal, state, and local governments work together to enhance people’s living standards by creating jobs, stimulating creativity and new ideas, raising wealth, and enhancing the general quality of life. It is a means of boosting a community’s or nation’s total well-being in respect to measurable benchmarks and objectives.

When we talk about the industry, we’re talking about the big picture. It mostly refers to closely related economic activities associated with one area of production, but it also covers a group of raw materials, goods, and services that are closely related. If we take the textile industry as an example, all of the activities linked to spinning, weaving, dyeing, and garment manufacturing are closely related sets of commercial activities that may be applied to any industry.

Book: The Wealth of Nations

The economy, on the other hand, is a nation’s or country’s broader and more comprehensive wealth creation structure. It is defined as “the state of a country or region in terms of the production and consumption of goods and services and the supply of money.” A country’s economy is made up of more than one industry. Instead, any economy has a far larger number of industries. All of these industries work together to create an economy. The industries that make up an economy come in a variety of shapes and sizes, but they are typically divided into sectors like the industrial, agricultural, and service sectors.

In most cases, an industry is divided into three levels. The first is the primary level, which deals with the exploitation and exploration of natural resources on the planet. If we consider the furniture industry, for example, the growing, chopping, and refining of wood will be a primary level of the industry. The primary level’s major task is to supply raw materials to the secondary level of industry, which is primarily concerned with making capital goods for producers and consumer goods for end user customers. The secondary level transforms raw resources into useful goods for users, allowing them to make commodities that may be used to make more goods, such as machinery and equipment.

Article: Top 10 Books on Money and Investment Everyone Must Read

At the third level, tertiary industry, which is related to the services sector, is found. The primary and secondary levels of industry supply goods and services to the tertiary sector, which provides a wide range of services to customers. Second- and tertiary-level industries are more influential in industrialized countries’ economies, allowing them to create more money and lead to economic development.

What is Industrial Development

Industrial development is defined as the process of establishing and increasing industries within an economy by utilizing new technologies that make employment easier, faster, and better, resulting in a rise in a company’s output and earnings. As a result of the government’s measures, which are introduced in partnership with key actors, the industrial sector flourishes, which is called industrial development. For industrial development to take place, governments take various measures, such as providing tax incentives, subsidized power tariffs, and labor training facilities, etc. The purpose and intention behind these measures is to develop industries to the point where they can provide more employment opportunities, increase output for export, and pay more taxes.

The primary industry began to contribute in the 18th century by supplying raw materials to the secondary industry on a significant scale. Coal, wood, and metals, for example, were used to make capital goods. Raw materials such as coal became extremely expensive at that stage. After that, the industry began to expand and build new factories in order to generate additional manufacturing units. The capitalist classes began to bought businesses of other middle level capitalists. The two classes eventually merged to form a corporation. As a result of these significant developments, individual companies have begun to describe the contemporary industrial boom.
Furthermore, raw material production began to disperse across the sector. Industries no longer required to commercialize raw resources and have instead begun to concentrate on further production and technological advancement. They were primarily impacted by technology. Factories begun to produce more machines. As a result, their classifications were altered, necessitating significant development. The main reasons for the surge in industrial development were the following:

Article: Why Cost Audit is Important

Economic growth cannot be transformed into true economic development today without a well-established organization that maintains a high level of output. Factories have been chastised for their low productivity and excessive consumption of resources such as electricity. This circumstance boosts economic activity and production, but true development comes only when efficiency is combined with an increase in earnings and the workforce’s general lifestyle. In the early stages of economic development, manufacturers compete with one another, and enterprises begin to boost production rates and adopt new methods to maximize output and wealth generation.

A society builds an overall economy. That is why economic and social development go hand in hand. Economic development in the true sense cannot occur if a society’s economic and industrial expansion does not benefit its citizens in the form of increased income, increased demand, or higher living conditions.

Role of Industry in Economic Development

Economic development is essentially defined as a beneficial change in the lives of people in a society, community, or country. People labor in a variety of sectors to support themselves and their families. When industries work together effectively to attain higher economic goals, individuals benefit. As a result, the production and distribution of products and services increase, resources are better utilized, and people make more money. This is why industries thrive, resulting in enhanced economic development in a society.

Countries with expanding industrial sectors have higher levels of economic development. Industry produces goods that can be used to make more commodities, which is one of the fundamental indications for development. As a result, industries generate a plethora of other industries and commercial activity. Agricultural and service sectors, as opposed to industry, meet the demands of end users. On the other hand, industries not only meet end-user demands, but also produce items that are then used to produce more in the economy.

An industry employs a large number of people in a community. They assist workers with training and development, improve their productivity, and give employment chances to a huge number of people. Because of these widespread job prospects, the industrial sector is frequently the major contributor to people’s overall economic development, both at the individual and macro levels.

Industry allows a country to develop goods and services that can be sold and exported to other countries in order to increase prosperity. Industrial output is used to sell to others and gain foreign exchange when the agricultural and service sectors are primarily meeting the requirements of the local community. A nation can achieve financial independence through selling and exporting, which provides pride, economic uplift, and the ability to defend itself more forcefully. More investment, employment, and production are all benefits of the industrial sector’s growth. An increase in output will result in an increase in national income.

Although the industrial sector does not make up the entirety of an economy, it is always the major contributor in terms of wealth creation and economic progress. There are usually no high-income earners in any country where the agriculture industry employs the majority of the population. A country cannot prosper in terms of economic development if it simply produces consumer goods and services. Development necessitates a country’s ability to generate exportable goods and services, boost worker productivity, produce more items, and increase both individual and national income. Growing industry is vital for this reason in every country; without it, the dream of economic development, which includes more jobs and higher per capita income, will never be realized.

Article: Why and How to Develop Valuable Business Skills 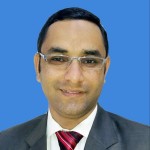