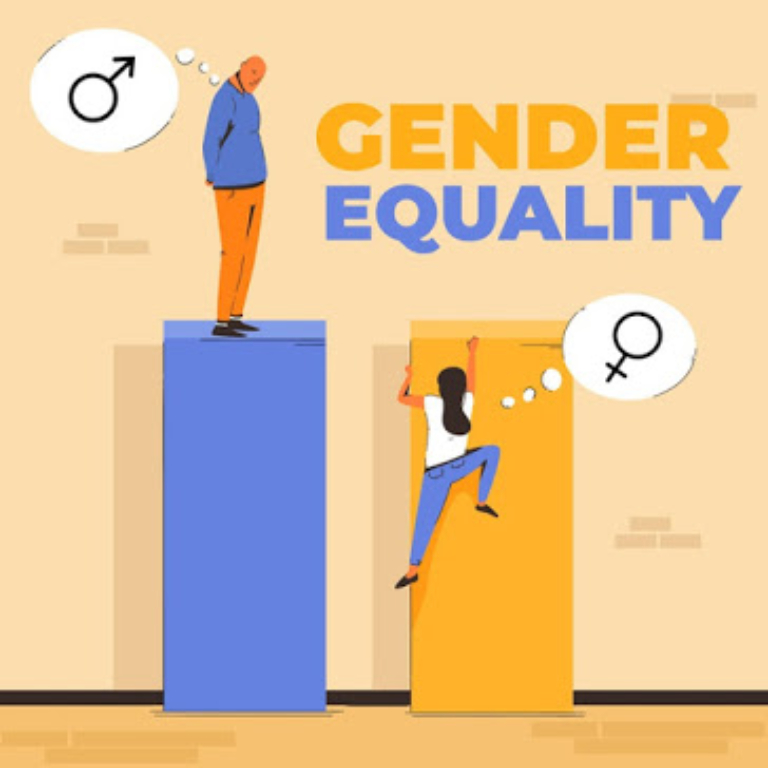 Prejudice based on gender has been one of the most contentious issues in human history. It implies treating one gender more favorably than the other. This prejudice does not always have to be done consciously but can happen unconsciously as well.

The issue has historically had a significant impact on everyday facets of humans society, such as traditional communication, public relations, education, profession, and job choices. For a long time, women’s roles in many countries were confined to domestic duties. Men, on the other hand, were granted a great deal of freedom and privileges, making them feel superior and deserving.

Although this issue is centuries-old, gender bias has gained a lot of attention in the 21st century. Peaceful demonstrations erupted around the world in which activists promoting gender equality were seen raising their voices in favor of equal rights for men and women in societies. They have also fought many legal battles to ensure similar rights, freedoms, and equal opportunities for men and women. Laws based on prejudice around the world have been repealed and amended by courts or through new legislation. But despite these milestones, preferential treatment of one gender remains a reality in the workplace, educational institutions, and social settings. In recent decades, men too have been found complaining of biased attitudes, especially in the workplace. But there is a difference in the root causes of prejudice faced by men and women. Prejudice against men is often not gender-based but relates to origin, ethnicity, etc.

Factors of Gender Bias in the Workplace

Gender bias in the workplace is mainly reflected in the prioritized assignment of duties to male and female employees for different tasks. Such prejudice appears to be based on the assumed gender potential to accomplish certain tasks. This preferential treatment hinders the development of individuals of the same sex and creates opportunities for the growth and development of employees of the other sex. Gender bias in the workplace can also be reflected by a set of rules that give men better opportunities than women with similar qualifications and experience. Because of this, men can enjoy better wages and career growth than their female counterparts.

Another common pattern of gender bias in the workplace is the process of assigning men tasks or responsibilities that require problem-solving and decision-making. On the other hand, women are usually entrusted with responsibilities that primarily involve different aspects of human interactions. Even though a lot has been written and said about gender bias, which has obviously resulted in many changes, there are still more men in the workplace who have the same qualifications and traits as women but are acting as supervisors and superintendents.

Opponents of assigning overseeing or important duties to women often cite hare-brained reasons such as women not being able to compete with men in supervisory roles in the workplace due to domestic responsibilities. They sometimes absurdly argue that women are often not able to make tough decisions. However, both research and experiments have disproved these eccentric estimates or assumptions.

How to Reduce Gender Bias in the Workplace

To address issues of gender discrimination in the workplace, organizations must not only change their policies, regulations, and procedures to ensure equal opportunities for their male and female employees or workers but also make certain to follow them in letter and spirit. These policies should clearly prioritize the educational qualifications, work experience, and abilities of any individual, regardless of gender. Institutional leaders should understand that gender must be given the least importance when assigning duties and responsibilities. Numerous studies have shown that women workers also perform tasks that were traditionally assumed to be assigned to men and they produced excellent results. The formation of teams in the workplace by combining both genders improves the strength of the organizations that increases productivity, performance, and profitability.

Experience has also shown that female employees are usually more involved in work, show dedication, take responsibility, and honor commitment. In addition, according to recent research, corporate entities with a large number of women on their boards of directors have demonstrated better financial transparency.

Imperatively speaking, now is the time to bridge the social, economic, or occupational divide between men and women, whether it is indirect, implicit, intentional, or unintentional. Education about the subject needs to be imparted at all levels. Although many efforts have been made to empower women in various walks of life, it still requires a change in basic attitudes. Rather, it is now a matter of equal rights for transgender people as well.

It is a very important aspect that the victims of any kind of prejudice must raise their voices against unfair treatment and should not accept it as their fate. Workplace prejudice, whether gender, ethnic, or any, undoubtedly hinders the growth of institutions, reduces productivity, and creates social distress or disharmony. For the greater prosperity of all human beings, it must end now.

Book: Beyond Leaning In: Gender Equity and What Organizations are Up Against: By Melanie Ho

Article: Role of a Modern-day Human Resource Manager in Business

Budgeting in Business – 7 Steps to Make a Budget Sources of Advertising for a Small Business What is Business Activity? The Importance of Business Law

The author is a member of ICMA Pakistan. He has more than 15 years of diverse experience in multiple positions. His main areas of interest are reading and writing specifically about business and emerging technologies. He frequently writes and publishes blog posts and articles. He can be reached at adilabbasi.acma@gmail.com.